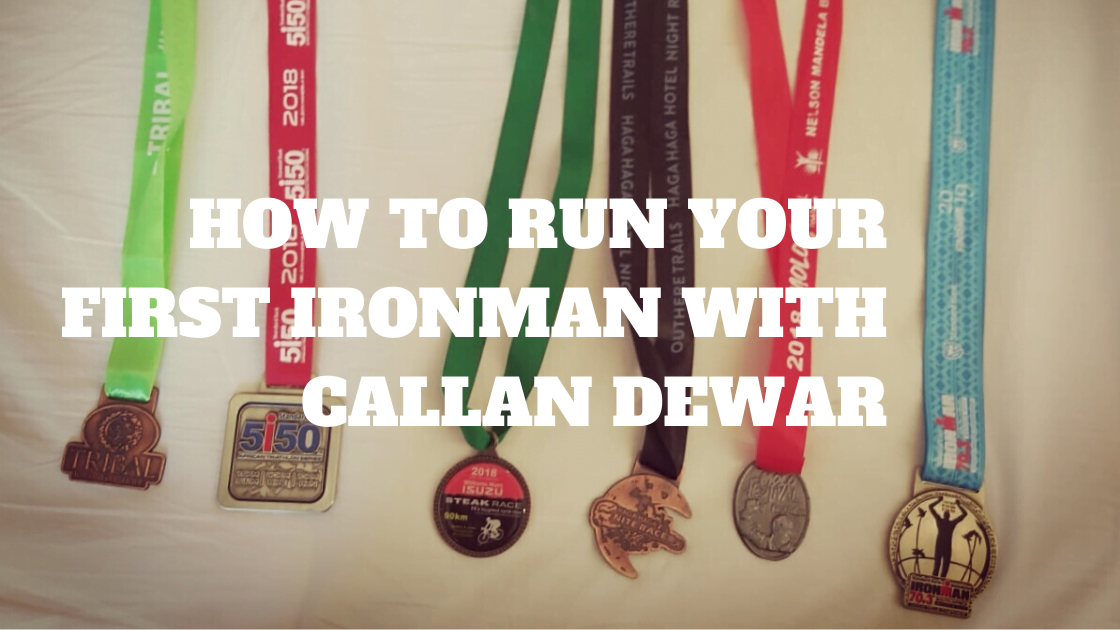 The reason why I started training is because my girlfriend wanted to run the Half Ironman, she was the crazy one and I told her that I’d help her train, since I was studying Human Movement Science at NMU and that’s how everything came about. My mindset wasn’t really focused on anything athletic, I did play hockey, but my main focus was to get my degree and on off days, I’d just run, swim and cycle with my girlfriend, also coaching her. Once I completed my degree, I started focusing on doing the Half Ironman Triathlon.

My general diet is high protein, low carb and low fat, having my shakes for breakfast, I mainly eat chicken, rice and snack throughout the day while drinking a lot of water. About a week before the race I started incorporating high carbs, eating wholegrain pastas and rice. If I can put a ration to it I’d say 50% Protein 25% Carbs 15% Fat in general only a week before the race this changed.

I used Herbalife Rebuild Strength for recovery, Joint Support Tablets to support my joints and CR7 Drive was my fuel throughout my training and races. Using these supplements ensured that I believe in their effectiveness.

Months in advance I was running shorter distances, focusing on techniques in running, swimming and cycling. I knew all the basics of these, but I started learning the Biomechanics and physiological factors that would affect my performance to enhance it, learning the different stroke types in swimming and my waterpolo experience in high school was advantageous in learning how to adapt my strokes depending on the kind of water I’m swimming in, from a pool to open water.

The frequency of training months in advance before the event was split into four to five sessions per week. I would swim on the Monday, cycle on Tuesday and a run on Wednesday, having a two-day break, a long cycle on Saturday and about a 6-10 km run on the Sunday. Closer to the event, about two months in advance, we’d train five to seven days, Monday Morning – gym session and evening – swim session, Tuesday – cycle and a 15-minute run (brick run), Wednesday – a long run and a swim, Thursday – short run/cycle, Friday – ocean swim, Saturday – long cycles (60+ km) and 15-20 minutes running afterwards (brick run) and Sunday – 10-14 km run in hot weather.

THE 70.3 IRONMAN IN EAST LONDON

In January, I started training even harder, shortening the distances that I ran, stopping alcohol consumption for about a month to ensure that my fitness would be at its optimum for optimum performance. I increased my nutrition intake, increased my macros and drank more electrolytes and water.

On the day, I woke up at 4:45 am, since the event was at 7 am, I had my breakfast as soon as possible, got dressed and had already packed the day before. Just before the race, I had an endurance bar.  I did the 70.3 Ironman and it went great, unfortunately the swim was shortened to 1,4 km (it’s usually 1,9 km) because of the extreme weather conditions and blue bottles in the water. The cycle of the race was 90 km at extreme east which is quite difficult for many but beneficial for me because I’m weak on the uphill and that wind felt like it pushed me up there and pulled me down on the way home and I went 45 minutes faster than what I was aiming for and in the run, 7 km in, I had got a stitch until 12 km and had to pushed through for 5 km and finished the race, red carpet finish is a feeling I will never get over, with no triathlon background, being a hockey player and breaking the sub-6 barrier is a great achievement for any triathlon athlete.

NUTRITION BEFORE, DURING AND AFTER THE EVENT

For breakfast I had 2 slices of whole grain toast with peanut butter on them and Herbalife Tea with CR7 in it for some electrolytes. During the race I consumed a bran muffin, two CR7 bottles with water and three endurance bars, by the run I was just drinking water and coke, to pick up my sugar levels in the last few km of the struggle. After the event I ate straight away to start recovering my body immediately with a chicken & mayo jaffle, one of the best tasting things I’ve ever had. I drank a lot of fluids because I was definitely a little bit dehydrated because of the high temperatures during the event causing some heat exhaustion. I finished off the day with some Steers to end off a very successful day, I feel.

I had started some fundraising on Instagram to get my entry and support into the event, my girlfriend, Chanel and I had joined a foundation called Land of the Living which does entrepreneurial training, mentorship and resource centre program that targets unemployed youth in townships and settlements in Buffalo City, so besides achieving a lot in completing the Ironman, we also did it for a cause which made it even more special.

Besides the already mentioned downs, 2 weeks before the event, while I was training and feeling confident, I had gotten into an accident using a triathlon bicycle which is a percentage higher than normal bicycles, I went straight off the road going at 60 km/hour and by God’s grace again, I only managed to get a few scratches, I really thought that by the time I got up, I would’ve broken or dislocated something. Otherwise, I was unable to use that bicycle for the triathlon and I feel that as much as that was a struggle, it was all part of the process.

I pretty much started coaching Chanel in July last year, while studying, having hockey, gym and the odd cycling. At the end of September I decided to do the half Ironman, so I started training more strictly then and then at the end of October I did my first triathlon, that had given me a total of 3-4 months between preparing to do the event, mentally and physically preparing myself for it and I still managed to graduate with my BA in Human Movement Science).

I aspire to finish the Durban Ironman 70.3 in a specific time, which I’ve been training towards over the past few months. My ultimate goal in the future would be to achieve an age group slot and qualify for the World Championships; there’s so much this sport has to offer and I’m only getting started. With regards to my career and academics, my long term goal is to open a sports practice and impart what I’ve learnt to those around me.

‘If you don’t rule your mind, your mind will rule you.’ – Eliud Kipchoge

Part Two: Once the Bug Has Bitten

Get all the latest and helpful content a few times a month! 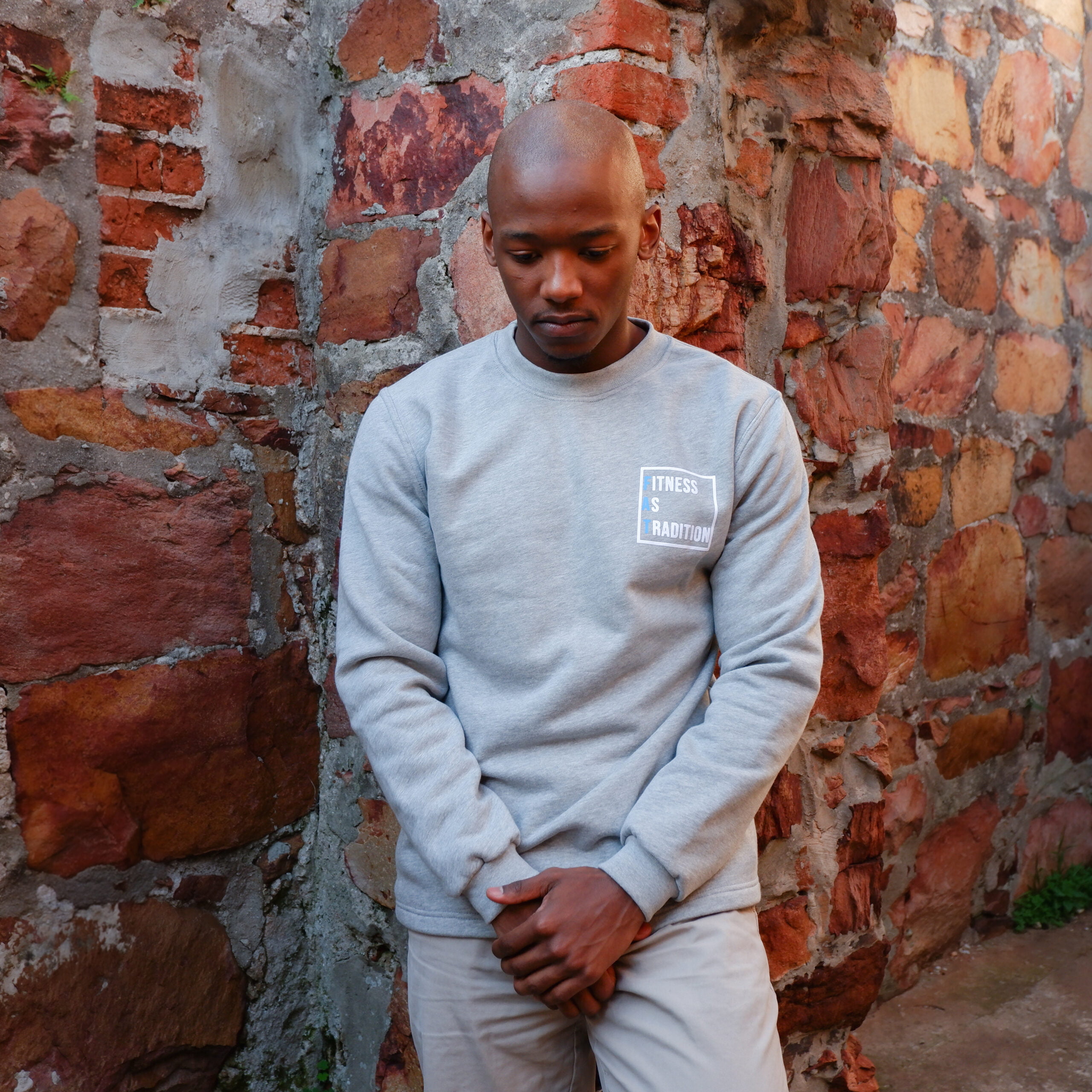 I want to inspire a fitness-minded generation and become a great fitness influence in South Africa and the world. While working a 9-5, I want to be the reason you throw away the excuse of "not having time" with quick tips, workouts and recipes.